Aphasia from 3 points of view: Patient, Family Member and Therapist.

“The problem of right hemiplegia with aphasia is that it is really complex to manage from all points of view.”

The patient finds himself from one day to the next without his ability to move on the right side of the body, on a hospital bed, with health professionals around him who speak to him and without him fully understanding the meaning of their words, like suddenly finding himself in a foreign country and in a strange “body”

Added to these terrifying moments, there is the impossibility of describing his own condition and asking doctors and family members for information about what happened and about his future recovery.

When he tries to speak, the words often do not come out, but they seem to be in his head and the result is babbling or nonsense words, which for those who listen to him do not make any sense.

Sometimes the aphasic patient speaks through incomprehensible language with correct intonation and the certainty that he has said the sentence properly and faces the stunned faces of relatives who are struggling to understand.

It is evident how this type of pressure is very dramatic for the patient but also from the point of view of the relatives, the situation is unpleasant.

They are dealing with a situation that any day before was not even considered as a hypothesis, in addition to the motor problem that is easier to digest, they are faced with the impossibility of communicating with their own family members and they restore their confidence and hope in a therapist and a speech therapist where these ones also begin to deal with a problem that involves the fact that the development and science of rehabilitation still has a sea to overcome.
Focusing in the problem that we can define as “motor”, the one in aphasia is difficult to classify, each patient is a completely different world, and therefore each language disorder is a unique story made of unique difficulties. In the most serious situations, we are faced with an impossibility of reproducing words and also with the difficulty of comprehension. The difficulty of creation is often more obvious with respect to understanding. Or we are faced with a situation in which the patient has a discreet capacity for understanding and the production is of “telegraphic” type, that is, limited to simple nouns that allow the interlocutor to include the topic of the speech.

In other situations we are faced with a language that is too fluent, that we can define “Macedonian of words” where extracting the meaning of the speech appears difficult, but still possible, especially for relatives who are constantly close to the patient.

Other patients who, whatever they want to say, express themselves with the same stereotypical words: “my God”, “my mother”-

The first objective that must be obtained from our family member is to regain the ability to communicate sufficiently so that you can carry out an adequate “motor” rehabilitation together. Then, we will start with the recovery of comprehension capacities (often overvalued in our patient), going through the ability to say (yes and no) in a coherent way to the context, to the production of simple and slowly more elaborate sentences.

I am particularly interested in the point where the construction of sufficient communication to also be able to carry out “motor” rehabilitation was mentioned, due to a fact that happened to me during my practical training at the hospital and that later, over time, I discovered that it happened to many patients that I had to see over the years.

Completely oblivious from any practice regarding post-stroke rehabilitation, I found myself accompanying an expert therapist from the hospital distribution to the intern of which I was doing university training.

The therapist entered the gym with a patient in a wheelchair with the right side of her body visibly spastic, her gaze lost, and she spoke only the words: “oh mom, oh mom.”

At that time I perceived that I was facing a crucial moment, being able to learn from an expert therapist, as well as being able to work with such a difficult hemiplegic patient.

In the first year of university, you think about absorbing as much as possible from the expert therapists, how to behave in those cases that will happen often in the course of the career. Once the patient was admitted, I asked the therapist “What can be done?” and the answer was imprinted on my brain:

“There is nothing to do, can’t you see that she does not understand and is aphasic? The only thing we can do is mobilize her non-plegic side and try to reinforce it … it is Better if you do it, that way you will learn how to do it, concentrate on the elbow and the left knee that calcifies while sitting in that position”.

The first emotion was disappointment when I was faced with the evidence that post-stroke rehabilitation and realized I had had my hands tied in complex cases like those of the right hemiplegic woman. The second emotion was of strong sorrow and tenderness during the mechanical execution of the flexo-extension movements that I was proposing to the visibly tired and mortified patient. Luckily, the last emotion was denial and distrust in front of what I had attended, “it is not possible that it ends here, that there is nothing else to do …”.

Fortunately, the treatment, as complex and difficult, is not limited to mobilizing or reinforcing the healthy or plegic side, there is always the possibility of adapting rehabilitation proposals to the patient’s ability, to allow them to activate those cognitive processes altered by the stroke, either with respect to movement or language, which, as we will see below, share many organizational aspects.

Language is the visible and tangible expression of our behavior, emerging from an organization of our cognitive processes just like movement.

To explain this aspect, I often present an image of an iceberg, where movement and language are located on the top, and all our cognitive processes such as memory, attention, learning and perception are located at the base.

The visible aspect of the behavior many times leads to errors in the rehabilitation proposals, in fact, in cases of motor recovery the attention of the physiotherapist is directed to the muscle and its ability to contract. In the case of language, speech therapy focuses on the mouth and tongue moving skills and the ability to produce sounds or words that are not inserted into organized action.

The patient with Aphasia, in most cases, is not a person who lost words or the memory of their sound, but has lost his ability to extract the words and the rules of language in a certain context. For this reason, the activity of repeating a word or the naming of a proposed figure is not an adequate activity for the recovery of language.

I am telling you this because, in addition to being one of the most popular rehabilitation activities of the moment, it is also an activity in which family members do their part to help the family member in their recovery.

This activity, besides not bringing tangible results, it exposes us to a double frustration, the one from the family member who tries so hard to help their loved one to repeat some words that later they will realize that he or she is not able to use it in the right moment and the frustration of the patient who is faced with a complex activity that entails few results and nullified efforts, whether their own or the family members.

Added to this, just as happens with movement, the patient which faces with an inappropriate activity due to the problem itself, puts into action compensation mechanisms, such as stereotyped movements, radiation and spasticity, in the case of language, it produces tolls that may jeopardize future recovery.

In fact, the linguistic stereotype such as “Oh mom” or “Oh God” are exaggerated by the request of therapists and family members to make an effort to speak and make themselves understood in the hope that those communicative elements will improve over time, as is the case with the hemiplegic patient when we ask him to walk at an early stage when his adequate conditions have not yet matured. We can compare the “Oh Mom” ​​to the raising of the hips during the walk or the lifting of the entire flank during the request for arm movements. Therefore, these expressions regarding a correct therapeutic route are necessarily determined.

Aphasia is one of the elements that mainly distinguishes the right hemiplegic patient from the left one. We understand Aphasia as difficulty or inability to communicate linguistically. 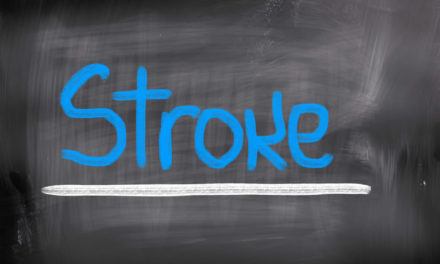