The movements of awakening: The window about the future

There is a very particular phenomenon that many hemiplegia patients often report to me, which I consider important to expose.

“When I wake up in my bed in the morning, I can barely move my hand a bit, but later in the day, I can’t do it”

Let’s try to think over and focus on some plausible hypotheses to understand this phenomenon, which I personally define as “the window on the future.”

In the morning, why can we move the arm and hand better, compared to the rest of the day?

There is a big difference between the situation we live in the morning and the one we experience during the day and it is the position of our body. When we are lying down we have one less effort to do: control our trunk.

Going back in your memory, in the first days after having suffered the stroke, you or your family member will remember that it was probably more difficult to keep your spine straight even if you were sitting down. A classic test is observing the ability to maintain trunk control while sitting in bed without any support either from behind or to the sides, such control is often absent in the first few days after stroke.

Regardless of calling it “trunk” or “column”, names that presage static functions and make little movement, our spine is a very complex apparatus with many possibilities of movement, just thinking that we can articulate through 33/34 vertebrae and the hand, that we all know as an organ endowed with extreme fineness of movement, has instead 27 bones.

The complexity of the structure of our spine is reflected on the complexity of the functions that we are able to perform thanks to it. It must support us during the movement of the upper limbs which are involved in the grip and the lower limbs during walking. This must happen while respecting the rules of symmetry and vertical position to maintain balance.

After the first days in the hospital, when we were not balanced, even when sitting, later we began to gain greater control of the trunk. Although sometimes some discomfort would be visible while sitting in the wheelchair and the frequent reminder to “stay upright” of our relatives.

Once our clinical conditions after a stroke stabilize, in most cases, we are directed by a rehabilitation structure for recovery; where due to time and resource limitations, the therapeutic program aims to get us back on our feet as soon as possible, to offer us the minimum sufficient autonomy for our return home. It is very common to see patients who, sitting in the wheelchair, still state that they still have difficulty in controlling the trunk, but are capable of “walking” in some way; with all the well-known difficulties of balance, security and ease. This happens partly due to incomplete recovery of trunk functions.

How to understand if the trunk recovery is partial?

There are small signs that can reveal some deficiencies in the trunk recovery of the hemiplegic patient and we can already notice them in the sitting position.

In fact, if we think about it, when we are healthy we never sit in the same position for more than a few dozen seconds; we are constantly moving on the base of support, otherwise we would start to feel annoyance and discomfort.

The hemiplegic patient who has not yet completed the recovery of trunk functions, has reduced the possibility of varying the load applied on the base of support, for this reason, when sitting in a classic chair, we complain, followed by discomfort.

The armrests besides limiting our sitting space, are considered fundamental by some patients with a particular perception deficit on the side (especially left) with paralysis: Not perceiving half of the body correctly also means not perceiving the position and the load that is squeezed onto the base of support and the same weight of that part of the body.

We see this in those patients who are always inclined to the opposite side of the plegic side and refer: “I feel that this side is pulling me down.” For this reason, the patient with incomplete trunk recovery chooses the wheelchair.

Other small signs of an incomplete trunk recovery can be observed in the posture of the upper and lower limbs opposite to the problem side.

In fact, when we see that the upper limb has movement, with the hand lying open on the leg, as if supporting the trunk, it means that the patient is substituting the arm for the support function of the trunk.

On the other hand, when we see that the “healthy” foot is (as often happens) behind the plegic one under the chair so it accommodate us, it means that the patient is seeking to lengthen the support base of the foot.

The incomplete recovery of the trunk has its repercussions on the quality of the tone of the body part that suffers from hemiparesis; often the mere activity of sitting is sufficient to determine such an effort which involves the arm and the plegic leg, with the consequent increase in hypertonicity and radiation. This phenomenon appears even more obvious with the patient standing up and in the act of walking: the increased stiffness of the arm and leg is visible. To clarify, while lying down and without the need to support the trunk, we get ourselves in a more favorable condition of movement management, because we don’t have to face with the increased stiffness caused by trunk management that, instead, we experience during the day sitting or even standing.

Another phenomenon that we must plan (to explain why in the morning in bed the person seems to have more movement compared to the night) is the hypertone.

This (increased by the effort made during our daily life in which we are subjected to handle highly problematic situations) tends to accumulate during the day until we present a “settled” account at the end of the day when we lie in bed we feel all the muscles more hardened and we feel like “tugs”.

The morning in most cases is as if we subtracted the hypertone account. Of course, there are some rare exceptions: Some patients actually live nervous nights and when they wake up they will not feel that sensation of softer movements.

The window on the future

With this analysis, I endorse that part of the morning spent in bed, the place where we are able to experience new possibilities of movement, is the mirror of the future: We live in a situation where the recovery limits that we have been able to obtain up to now are absorbed by the position lying down and the night’s rest. Therefore, we know that concentrating on the recovery of neglected trunk ability and control over hypertone (not considered or at least partially), we can aspire to the recovery of those movements demonstrated in awakening and also in other situations during the day, and then leave room for new discoveries in our awakening. 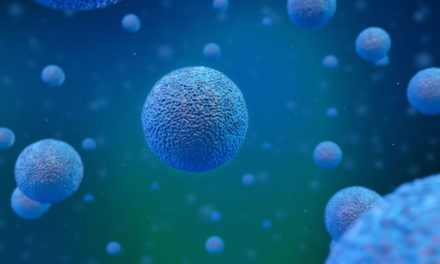