Spasticity is one of the main consequences of stroke, and is a distinctive characteristic of hemiplegia.

Spasticity is a phenomenon that is often encountered with “muscular hypertonicity”. Most experts agree that Spasticity, and therefore hypertonicity, is one of the greatest problems associated with Hemiplegia and cerebral stroke.

In fact, it consists of a muscular reflex condition that is difficult for physiotherapists to treat and is just as difficult for the hemiplegic patient to manage, whether suffering from right or left hemiplegia.

This has been the consensus ever since the phenomenon of spasticity was correctly interpreted and understood. In fact, the results of the studies conducted by Professor C. Perfetti and his team have long since allowed for a therapeutic approach to be promoted that allows the hemiplegic patient to learn different methods of managing hypertonicity and spasticity by activating the cognitive processes, like the proper use of attention, for example.

We’re talking about the “Perfetti Method”, which is also known as Cognitive Therapeutic Exercise, or Neurocognitive Rehabilitation.

Let’s talk about what Spasticity is, and how it can be treated. Advancements in the neurocognitive sciences have allowed for the identification of a series of phenomena and pathological elements within the complex phenomenon of spasticity itself that can be more easily treated using cognitive therapeutic exercise. The phenomenon of spasticity is essentially a combination of the following components of elementary motility:

The following example will provide for a better understanding of this aspect of spasticity. We know that striking the knee with a mallet will generate a reflex movement. While this typically occurs due to the “quick” stretching of the muscle and tendon receptors, this is not the case for hemiplegic patients afflicted by spasticity: in these cases, the receptors’ stretching reflex is abnormal, and is even triggered with subtle and “slow”  stretching phenomena.

Following and inadequate rehabilitation treatment, if the person has their arm flexed at the elbow and tries to extend it manually, this will trigger a reflex response that causes the arm to continue to flex.

In evaluating the hemiplegic patient, the most important aspect to be observed is not so much the magnitude of the spasticity itself, but rather the patient’s ability to keep it under control.

In fact, rather than extending the elbow without preparation, if we ask the patient to focus their attention on the joint to be moved, which in this case is the elbow, and we prepare them for the movement, even by comparing it with the other elbow, it is possible to obtain a different response: in fact, the elbow will show various movement possibilities.

This is just one example. In fact, these capabilities require a well-structured therapeutic guideline.

But what causes the abnormal reaction to stretching?

Let’s imagine that the control of the muscles is governed by two main elements, one being associated with conscious control, and therefore the cognitive processes like attention, memory, learning, etc., and the other being of a reflexive type, which reacts to the stretching by contracting in the direction opposite to that of the stretching itself.

When the brain suffers an injury, like a haemorrhage or cerebral ischemia, the cortical (conscious) element loses its ability to balance the action of the medullary (reflexive) element, which gains the upper hand.

It should be noted that the synapses are inhibited due to the effect of diaschisis. The fundamental purpose of rehabilitation is to restore the conscious control of this competitive process to the patient’s motor organization. Unfortunately, however, the use of incorrect physiotherapy techniques often tends to accentuate the phenomenon of spasticity by strengthening the muscles.

I would now like to draw your attention to two fundamental concepts that will help us gain a better understanding of certain aspects of rehabilitation and spasticity.

1) Rather than a form of muscle damage, stroke is a form of brain damage that limits the brain’s cognitive functions, and the treatment must therefore be focused upon the body and the cognitive processes.

2) Muscle contraction is just one of the aspects of motor organization, and the ability to control movement depends upon our capacity to generate movements using our cognitive abilities, such as perception, attention, and learning.

We must therefore regain these abilities in order to regain the ability to control the movement.

By overcoming spasticity and responsiveness to stretching, the rehabilitation expert is able to help the patient learn to perform the movement and an increasingly refined manner. Although certainly not comprehensive, this explanation of one of the elements of spasticity serves to highlight some of the differences between neurocognitive therapy and the other physiotherapy techniques.

This aspect of Spasticity is also encountered in healthy subjects. In fact, irradiation serves to resolve certain motor problems, such as, for example, when you try to lift a heavy suitcase and the opposite arm is also involved in the movement.

This is an example of irradiation, which, in healthy subjects, serves to perform the task more effectively.

But what happens in the case of hemiplegic subjects?

This component of spasticity (irradiation) affects the muscles that are involved in the pathological synergistic schemes. Examples include the flexing of the arm, the closure of the hand, the extension of the leg and the supination of the foot.

As a result, these synergies are often activated following a slight exertion. In fact, during the act of walking one might notice the flexing of the arm and the closure of the hand, as well as the outward inclination of the foot, to the point that some healthcare professionals even prescribe the use of certain rigid supports in order to prevent this phenomenon.

As you will see below, the use of these orthotics for both the upper and lower limbs is not only ineffective, but is even harmful for the patient, to the point that it increases the spasticity and leads to the onset of the pathology, often in an irreversible manner.

This aspect of spasticity, irradiation, is also highly dependent upon the rehabilitation treatment and the patient’s ability to learn to control this phenomenon.

In fact, if the rehabilitation is begun immediately following the stroke and is carried out correctly, the spasticity should not appear at all, or should only be minimal.

This other aspect of spasticity can be explained through the phenomenon of diaschisis. In fact, we know that the first neural circuits to be reactivated following the injury are the simple circuits, with few synapses.

One example is the act of raising the hip when walking, which is known as “abnormal gait”. This type of movement represents a simple movement scheme because it is stereotyped, and occurs whenever the subject tends to make any movement with their lower limb.

This aspect of spasticity must also be overcome by the rehabilitation treatment, or as we said before, its onset must be directly prevented, since the learning of these types of schemes will prevent the patient from learning new and more advance movement possibilities.

Unfortunately, the error that it is often made in rehabilitation is that of strengthening the spasticity and the elementary movement schemes, because, like in the case of raising the hip, they allow the patient to move around more quickly, even if this type of movement is not quite what we would refer to as quality walking.

This is perhaps one of the most evident aspects of spasticity and hemiplegia, as it is linked to the inability to recruit motor units (to contract the muscles).

In fact, it is generally one of the first elements that physiotherapists attempt to recover by strengthening the muscles.

But this type of muscular approach does not provide for any significant results in terms of recovery. This is essentially due to the fact that the alteration of the hemiplegic patient’s movement is not caused by a problem with the muscles, and the fact that the contraction of muscles is just one aspect of the complex motor organization, which is based on an organization of cognitive processes with a similar level of complexity.

Therefore, if we want to recover the ability to “contract the muscles” or, better yet, to organize the movement, the therapeutic approach must be focused upon the cognitive processes, and this is why Neurocognitive Rehabilitation has been so successful.

In conclusion, dealing with spasticity as if it were to be a singular phenomenon, without taking into consideration all of its constituent elements, does not provide for a correct interpretation of the pathology, and unfortunately leads to the use of superficial and poorly thought-out treatments, such as the use of Botox, splits, braces, or other orthotics, which can often impede the patient’s functional recovery, as they reinforce the pathological elements like spasticity, and do nothing to address the actual problem.

DIASCHISIS AND IMPLICATIONS OF REHABILITATION IN THE POST-Stroke PATIENT 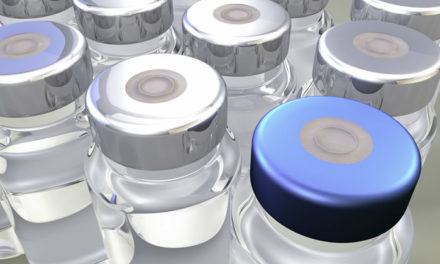 SHOULD BOTULINUM TOXIN BE USED TO TREAT SPASTICITY?