THE IMPORTANCE OF THE METAPHOR IN THE NEUROCOGNITIVE REHABILITATION ACCORDIND TO THE PERFETTI METHOD. 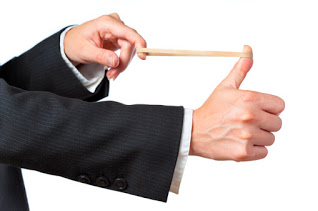 Let us imagine taking a sample of x quantity of people in the classical street people and touching their shoulders, ask them. What do you feel? The answer that the street people would give and that we would also give is “nothing”.

In fact, we are used to to listen to our body, when we are in pain, annoyed, or in pleasure, but in a resting state, the body apparently does not give us a relief sensation. If that same question, we ask it to a hemiplegic patient who suffered a stroke, we would get a vast repertoire of sensations like:

Or, if it is an aphasic patient, his facial expression will be eloquent communicating certain uneasiness that comes from the movement.

Nevertheless, the therapist, who makes the speech and indispensible tool, for the recovery of his patient, he will not stop by these first expressions, and will research deeper all of the scenes of the patient’s experience, words that represent a real “breach” could reveal the way the patient organizes himself with his body and his illness.

During the investigation, physiotherapist will have to use a clean speech, in order not to impose his own experience over his patient’s, precisely a Clean Language, a method of analysis developed by D. Grove, a New Zealander psychologist, and which I will go into more detail in this article about the symbolic modeling.

Examples of the Clean questions are:

As you can see the words of the physiotherapist reflect the exact words of the patient, thus allowing a greater clearness as to his sensation and enrichment of the meanings in order to achieve a curious expression.

We are dealing with a metaphor, but not like we are used to understand, that is to say, with rhetoric attachments, but rather as a real cognitive process that allows us to know and give sense to the world.

For example, there could be others:

All are symbol metaphors, which communicate us at that given time when the patient is feeling the experience in his body, and at the same time allow us to understand the manner of organization of his body he uses. The hypotheses, thanks to which, the metaphor is not only a rhetoric resource, used only for the poetry world, but also a fundamental mechanism in our cognitive functioning, it is from George Lakoff,  Professor of cognitive linguistics, at the University of California, who along with Mark Johnson, wrote an extraordinary text.

Where the role of the metaphor in the thoughts and the daily speech.

The Professor Carlo Perfetti, in the 2000 decade, had the intuition of being able to apply the cognitive linguistic studies, to the reeducation of the hemiplegic patient, thus representing the neurocognitive rehabilitation as we know it today. .

To give a practical example, I can also analyze with you my last lines written in this article, in order to identify how the metaphor is interwoven in our way of thinking and the manner how we structure our lives, just a few lines above I wrote:

“[… fundamental mechanism in our cognitive functioning …]”

According to you, how am I interpretating the mind if I use these words?: “mechanism and functioning?”

If I refer to the mind as a machine, even though my work and research is oriented to proof a higher and more sophisticated role of our brain than what we are often used to do in our gyms. The cultural and linguistic entourage where I am immersed in since my birth takes me to structure the thoughts, and in consequence my words, associating the concept of mind to the machine one, in fact, the “mechanism” and “functioning”, are words that we use when we are referring to the structure of machines.

LOVE IS A TRIP
For this reason, when we refer to a relation, we can say phrases like:

It is not a chance that partner and friend are used in concepts, love and trip. .

The concept of trip, in this case is used to explain some aspects of love, but it is not the only concept that we can use to define love, in fact also CRAZINESS. .

If each one of us is going to use conceptual metaphors in a personal manner, based on his experience and at the same time understand the concept LOVE. this determines our behavior towards love in itself. Therefore, the metaphors, not only show that we understand the fundaments of our existence, but rather that they represent the cognitive structure where we will hang our behavior. Another example of a conceptual metaphor, if you want to go deeper on the topic, try  reading the article “do not think about the elephant”.

By the same token, the patient who lives his body as a machine, aside from requiring therapeutical interventions more similar to the ones of repairing or maintenance of machines as if treating his body was the same as a machine.

It is a situation that without a doubt, the role of the therapist should be the one of acting with prudence and intelligence in the reconstruction of a consciousness of the body more similar and efficient for the recovery that we are trying to achieve.

In the article about “the symbolic modeling “, we are going to go into detail as how to model in all the effects, the patient’s experience from his metaphors.

To work about movement and body, expose us in a special manner, to the  possibility of finding metaphors, because our body’s experience is very personal and intimate and should be explained to an interlocutor where inevitable we have to find common points of view where we can support our examples.

When the patient explains his therapist that he has a rubber band, he wants to put his interlocutor in the condition, in order to show his sensations, based on a common concept to both, that is to say, taken from the physical world, where we live, and that all have experienced.

Without a doubt, you have heard, in your experience a wine expert who singles out the characteristics, calling it, round, warm, with a strong body, equilibrated, fresh, dry, soft and watched.

The taste of wine being a private sensation cannot be explained without using conceptual metaphors the same when we explain the sensations of our body, .

Who takes care of recovery from a stroke, and cerebral injuries, cannot ignore the words of his patient in a critical manner, since it would be like not considering the value of the experience which in turn is linked to the learning thus the recovery. .