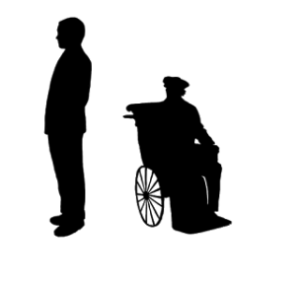 In recent years, a very positive thing has been happening in the cerebrovascular world, and that thanks to the social networks the patients and their families through groups and forums exchange points of view, information, and news.

This is what happens in our Facebook group Facebook CVA and Hemiplegia, that I suggest you join, if you or a member of your family is involved.

Although in this exchange platform, the participants fall in the unavoidable topic of comparing their condition and the procedures done in each case, sometimes creating delicate and difficult situations, that in some cases I have to intervene and clear up in order to avoid misunderstandings among the members that rather than getting closer as a group which was the original spirit, get away and create resentment.

The discussions that I am talking about is like Patient A (in excellent recovery) talking about his outstanding achievements gets a reply from the rest that it was luck and that his injury was not grave, thus making him feel deeply resentful and disregarded.

I understand Patient A’s frustration just as others who have had a stroke, since the next day after the stroke having half their body without movement even after putting all his efforts to achieve it and like all without control of the trunk and other basic processes like swallowing, the bowels, and the micturition. And also just like all others who “broke their backs” doing rehabilitation in order to at least recover a part of his body and his autonomy, then having somebody saying that it was luck, it is very comprehensible that he will not be pleased with such a comment.

However, I also understand Patient B (in a modest recovery) who went through the same ordeal, who chose the same rehabilitation exercises but sees himself in a complete different situation, with many movement problems, even though some basic functions got better, when he hears Patient A´s improvements (we have no doubts he is happy about the other´s advances) it is obvious that he would feel uncomfortable and that he may think:

“Why do you brag about it? I have taken the same decisions, is it maybe my fault  that I have recovered so little? “.

But also in these occasions, very productive discussions pop up and for that reason, I would like to clear up a very important aspect.

The stroke is the most democratic thing that we have in our country, and when it is so very kind leaving us alive, makes us all begin at the same starting point.

We are going to start battered; the present phenomenon is called MEDULLAR SHOCK, which is an abrupt inhibition of the majority of the synaptic circuits of our central nervous system, from the simplest ones to the most complex reflexes.

Therefore, even those who have suffered an injury, let’s call it “light” will begin at the same position of those who have had graver injuries, but in their healing trip all of them will enjoy a spontaneous recovery often visible in the first 6 to 12 months, hence from there comes the answer of the people who do not recover in the same manner because it was achieved by the spontaneous recovery and not by the therapy.

In order to get more information about this process, I suggest you read the article about the diaschisis where I explain this in more detail. Now it would seem that “Patient B” was right, but he is not, in fact in this case, even if we know or suppose, we cannot judge the fatigue, the pain, and the emotional compromise of Patient A when he considers easier the recovery from what nature has taken away. I personally have also seen patients with grave injuries have extraordinary recoveries since they worked at it, either at the very beginning after the stroke, or a year later, but the effort made has taken them to accomplish their objective, so I understand their outrage when others say “luck”.

It is for this reason, that I call both Patient A as well as Patient B´s attention. Ask yourselves what were the differences in the injury as well as in the rehabilitation, but do not compare them, and above all do not try to teach others who have had a slower recovery, the road to cover, because, who knows… maybe after all that great effort, they could be in the group of people blessed with a great push from the spontaneous recovery, and not necessarily from the particular therapeutic options done.

Even in this case, if you a member of the group, you know what I mean and also how such confrontations can light up. Meanwhile, for Patient B, I hope that these lines have helped you think about that Patient A in good faith, has done his work and who knows if maybe his injury was not as benevolent or maybe in his rehabilitation options there was something that in your case was not considered.

Nevertheless, I would like to keep following the live and let live rule. Taking into consideration, that the group was created to keep everybody together, grave injuries and minor injuries, great recoveries, and modest ones, if groups were divided by graveness we would not have the same advantage given by the comparison.