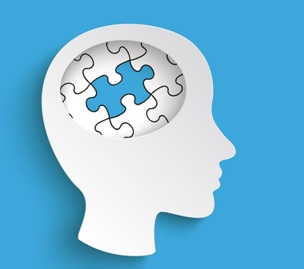 Who has suffered an injury in the right hemisphere and therefore has developed left hemiplegia, can also possible suffer from Anosognosia; this according to the type of injury.

The term Anosognosia or Anosoagnosia literally means: “Lack of perception of the pathology”.

This is a Neuropsychological manifestation among the most strange ones that follows a stroke and it is present in patients with partial or total effect of a stroke. Those who are unaware of their own pathological state even with obvious difficulties of movement that affect the left side of the body.

For some specialists, Anosognosia still remains a world to discover under certain aspects. In the past there were many who attributed the symptoms of the lack of knowledge about the disease” to a psychological defense mechanism. In reality it is possible to exclude this hypothesis and move toward Anosognosia definition as the result of a particular lesion that affects some cognitive functions.

The main reason for this pathology, is the fact that the symmetrical lesions in the other hemisphere of the brain does not give rise to this peculiar phenomenon. Also the brain areas attacked by the lesion, that produces the Anosognosia in the hemiplegic patient, are a source of debates and studies; that some authors found in somatosensory areas of the cortex (S1-S2), in the insula and their interconnections, they are areas that would be affected by the injury, and it would produce symptoms of Anosognosia.

Here are some theories about the dynamics of the Anosognosia which is considered to be an alteration as a result in let part of our brain “observe” the status of our own body and to build a “self” concrete and credible; in fact the somatosensory areas have the task of develop and give meaning to all the informations of our body, putting at risk our ability to self-monitor our body.

In literature, the anecdotes relating to Anosognosia, are numerous, and anyone who wants to manage the post stroke rehabilitation will have experiences on their own with cases of patients with Anosognosia.

On this particular, the first case that caused my biggest impression was Mr. N.; precisely because he had a teaching knowledge of the Anosognosia but not practical and that literally took me off guard. I remember with particular affection this patient because he taught me a lot about anosognosia.

Extracted from VIDEO GUIDE: “Recovering from a left hemiplegia”
“The case of Mr. N.”

“At the moment in which I was to accompany Mr. Enne, to his own bed after the first session of physiotherapy at the hospital and while transferring him from the wheelchair to his own bed, I started to greet him by telling him that we would have see each other the next day at the same time.”

Mr. N. calmly and seriously, and even with a gesture of pity for me, said that “He would not see me the next day because he would have gone”. The time-frames and the promptness of its response, led me believe that it was true and that I was the one who had not been advised by the administration about his transfer (actually quite unusual after a single day of hospitalization).

That is why I started to ask more information and if, by chance, he had been assigned to another hospital, but the answer that I received from Mr. Enne began to turn me on doubts about the veracity of his statements:

“I am not going back to my house because I have to return to my job”. So I asked if his relatives would pick him up…his answer eliminates any doubt about the fact that I had fallen completely in what is defined as a “confabulation”, or the “reconstruction of a parallel reality” generated by my patient. My subsequent questions made me understand both and how it was possible due to the limits of his condition. The answer to my question was: “No, I have here the car in the parking lot and I’m going alone.” “Forgive me, but how can you go to the parking lot and drive the car with all the left side of the body that does not move?” Then he told me “Ah yes. the reason is the following: today a nurse moved my leg improperly, and makes me unable to walk, but is fine, is not a big deal”

My interrogation was soon interrupted by the patient himself who asked without middle terms, if I could let him rest because he felt tired.

Patients with Anosognosia not only are indifferent to their own pathological state, but compared to the news related to the severity of his state of health, these are not accompanied by anguish, but yes by a cold answer, free of emotions.

I consider it is essential to treat this argument in a context of post stroke rehabilitation, in the first place to try to make understand family members of patients who suffer from Anosognosia that his condition is the unequivocal result of a brain injury; therefore it is not a conscious and intentional behavior.

I think it is important to clarify this because it is easy to perceive how this disorder can alter the balances within the family. In addition it is important to discuss the argument that, if we do a good job, the left hemiplegic patient and also with Anosognosia will begin to move and walk again : but if in this context in which there is a difficulty in perceiving a pathology and all its effects, we want to improve and correct their defects, we will find ourselves faced with a conflict of objectives.

In conclusion, the propose the rehabilitation after a stroke to a patient who does not consider to have any motor, perceptual and cognitive disorder, is as to seek to impose a drastic diet to an obese that consider himself remarkably low weight: the risk may result insistent and out of place.

For this reason, compared to a clinical frame of the anosognosic patient, is more than reasonable the development of a rehabilitation of neurocognitive type, where each rehabilitation act need to have as a target, the improvement on the awareness of their own body, increasing the fair perception of themselves and organizing all the cognitive processes necessaries for the proper construction of the information, both which are in the interior of their body, such as those relating to the environment, such as attention, memory, and the planning of the movement.
In order to aggravate the already complexity from a patient with a left paralysis of his body and with serious difficulties to accept his own health status, there are often other disorders to be taken into consideration, according to the suffered injury. This is a condition often associated with the neglect. This is the difficulty in paying attention to the left side of the space and its own body.

In the most serious cases in which these two clinical frames match, it is frequent the nursing tales where hospitalized patients calls the operator to say that a patient has left an “arm” in his bed, taking and showing his own arm to the operator.

The lack of awareness of the Anosognosia is often associated and is also compared to other big problem for those who suffer and for researchers who study it: that which derives from the prefrontal and frontal lesions, which however merit separate treatment.

IS THERE A TIME LIMIT IN WHICH THE DAMAGES OF A STROKE BECOMES IRREVERSIBLE?

DIASCHISIS AND IMPLICATIONS OF REHABILITATION IN THE POST-Stroke PATIENT