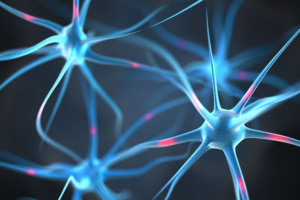 The plasticity of the brain exploits the properties of our central nervous system, the ability to reorganize and as a model based on experience, and in our case, we deal with the recovery after a stroke, the experience is identified in the exercise.

I consider of fundamental importance to guide you to the issue of plasticity, because very often it is not considered possible.

We are accustomed to hear phrases like: “brain cells do not reborn”, but, fortunately, this statement was canceled due to research during recent years in the field of neurobiology, given by the fascinating challenge of stem cell research.

So, when families and patients have been asking me about this phrase and from  specialists that sound more or less like this: “After a year I had recovered” or “this is the situation and it will always be,” I believe that to deny that the brain is a plastic is a denial of a cardinal principle of biology, and since, as we have said the plasticity is determined by the exercises, it would be more honest to say: “You could recover yourself because your brain, like in all human beings is plastic; but I do not know the appropriate therapeutic experiences to achieve the recovery”.

I think this is more correct than an arbitrary ruling and without appeal.

Plasticity is a guiding principle of the renewal of our body and extends to all the tissues of our body: the cartilages, bones and skin; for example, every 3-4 weeks we renew the skin of our body through the replacement of dead cells with new ones.

Until a few years ago it was thought that this plastic process did not happen also in the central nervous system so it could not affect the judgment about the possibility of the recovery.

However, the intuitions about the neuroplasticity date back to nearly 3 centuries with Michele Vincenzo Malacarne, who in order to demonstrate his intuition that the experience had a biological effect on the brain, was the one who conducted a series of very simple experiments, but with a great deal of vision of the future for at that time.

Malacarne simply selected 2 twin dogs, two parrots, two goldfishes, isolated a subject from each specie giving the isolated one only the option to eat, while he left the others with their parents. When the subjects passed through the Malacarne “anatomical” chisel with cephalometer (that was half the size and weight of the brain), found out that his intuition about the experience had no effect on the biology of the brain and it did not affect the brain of those who had a rich experience of stimulation and learning, such as those who lived through the first months of life with parents.

Although the weight does not give us the certainty of what happened inside the brain, it gives us evidence of a change in its structure.

Plasticity after an injury

One of the phenomena of neural plasticity is what is known as “sprouting”, translated as emerging or sprouting; the term gives an idea of what happens to the neurons. In fact, if the neuron is interrupted with close connections, the muscle is able to sprout new terminals or even create side connections to adjacent neurons subject to a degeneration.

It would seem that the perfection of our body decided that the same injury or degeneration is responsible for creating the favorable microenvironment to the stimulation of the “sprouting”; in addition according to recent studies, it seems that the same microenvironment can stimulate neurogenesis, or the creation of new neurons, but about this topic, we will discuss in another article, since it also covers the issue of stem cells.

Plasticity, even after the injury

We have seen that the neuronal plasticity occurs very near the injury, but in recent years, studies about plasticity, have shown that the plasticity also occurs at a distance from the injury.

These areas of the brain are also plastic and they are modified based on experience. A trivial example is when we lose the use of the sight, it is known that all the other senses are amplified, but this happens in a biological basis, that is, the structure of our brain is reorganized, offering more space and links to the remaining abilities and skills necessary for life, which in the case of blindness are signals from the body (somesthetic) and the acoustic.

A famous study conducted by Merzenich and Kaas, showed that an injury to one of the peripheral nerves of the upper limb leads to a reorganization of the brain areas responsible for the analysis of the information relating to the areas of the body innervated by the nerve. In fact it was found that, lacking stimuli in the areas that were without a nerve connection, these responded to the stimuli of the area innervated by the adjacent nerves. This neuroplastic phenomenon is very important because it makes us understand how our body is the “kingdom to life” and it defends our functions with the neuroplasticity, a weapon among the most sophisticated and charming.

More recently, an eminent neurologist Dr. Ramachandran, realized that amputee patients could perceive sensations of touch in the lost hand if it was touched by his face, it apparently seems a strange phenomenon, but it is explained due to the proximity of certain areas of the brain that correspond to some functions of the hand with which they respond to the face and which are extended into the surrounding spaces that have fitted “available” by the lack of information from the hand.

Plasticity due to experience

One of the studies with which I am fonder is the one carried out by Pascual-Leone et al., which in a sense, makes intuitions from Malacarne more official and quantifiable. In effect, the researchers wanted to study how cortical brain areas are altered on the basis of the experience and the exercise. They realized that the implementation of a simple refrain played on the piano, and newly learned by a few subjects, led to the expansion of the area of the brain that represent some of the actions of the fingers.

Therefore it is shown that the learning modifies the biology of the brain. I insist a lot in this concept, which is one of the cardinal principles of the neurocognitive theory of Prof. Perfetti which considers the recovery as a learning process.

The study of Pascual-Leone in my opinion is remarkable also for its subsequent developments. In fact, it realized that the same areas of the fingers were an expansion of its size, so even when the movement to play the chorus was not physically in, but just imagined, the expansion was equal to 30% of the obtained with the material execution.

To leave out of the rehabilitation, a powerful tool as the image motor means to discard a good part of the chances of recovery after a stroke.

How to reorganize the brain after a stroke?

If you read the article on diaschisis which I suggest you do, because it is very important to understand what happens in the brain after a stroke or a cerebrovascular accident.

I can briefly refer here to the fact that after an injury, our body inhibits certain brain structures, even if they have been involved in the injury, and are not in close proximity to it, but that are functionally involved in the area of the injury.

The main structures involved are the cerebellum and the thalamus and we make the choice of such inhibition knowing with sense  the role that these two structures play with regard to the behavior. In fact, the first is like the “conductor” of the movement , that has been organized as the body has to move to get certain information, while the second has the task to send the information to the different areas of the brain that will be responsible for processing.

It is not by chance that after a stroke our body wants to rest some of those structures that are crucial for the development of the information and that at a time of convalescence our brain is not able to handle.

It is for this reason that in the initial stages of the brain injury the effects on the patient appear to be devastating, because in addition to the damaged areas there are many other functionally inhibited.

During the following weeks and months, our body desinhibits dormant structures, especially if the patient is subjected to the most appropriate rehabilitation experience which will allow the patient to gradually resume his talent for processing information; this is why we advise exercises aimed at the perception.

The mechanisms by which our body provides us with the possibility of being able to get the best recovery after brain damage are many.

Neurogenesis (the creation of new neurons)

Putting an expiration  date on the recovery of a patient as it  is done with a food product, does not take into account these principles of neurobiology, and denies that the brain is plastic.