When a cerebral ischemia or hemorrhage also involves the anterior part of our brain, the frontal and prefrontal zone, we can detect in some patients more or less some marked disturbs of the behavior.

These are alterations in behavior that sometimes induce relatives to believe that there has been a sudden change of personality. Just as we will see below; the frontal lobes regulate many aspects of our reasoning and social behavior.

I often find myself repeating this phrase, because if we think about behavior is not like movement: the movement we can see, touch and measure, but the behavior that is something less tangible and concrete. So, while facing the changes in movement of our family member, we can easily do 1 + 1 (that is to say, brain injury is the cause of paralysis), with behavior, this simple addiction becomes more complex and difficult to see movement and behavior as the tip of the iceberg of a complex cognitive organization, which originates in our brain.

Therefore, facing the behavior of our loved one that seems so different and changed, that simple 1 + 1 becomes so difficult and we run the risk of blaming it for the change it had as if it had been intentional or psychological.

The Case of Phineas Gage

To describe the possible alterations of the behavior after an injury of the frontal lobes, I will use the illustrious case of a patient. Either because of the spectacular event that has induced the injury and because of the precision of the injury itself.

It does not allow to individualize many cognitive mechanisms to which the frontal lobes provide their contribution in the definition of our personal or social behavior.

I’m talking about Phineas Gage, a 25-year-old carpenter from New England, who is about mid years 800 during a work in a quarry found himself a few steps away from a violent exposure. The detonation threw an iron bar through the Phineas’s head, piercing it from side to side; piercing it from the bottom to the top and injuring the frontal lobes centrally on both sides.
What makes this Gage story so incredible, as they saw in the video, was always on guard until during the explosion.

His doctor said that he spoke quietly to the patient and had no doubts about his rationality at that time, while he could see even through the wound “the pulsar brain.”

Gage did not suffer a movement paralysis, but it was not him anymore.

All his work colleagues remembered him as a tireless, attentive, meticulous, reliable worker with moderate customs and worthy of a balanced mind and great strength of character. After the damage to the frontal lobes, Phineas’ personality traits seemed to have turned in an instant, becoming bizarre, insolent, disrespectful, obstinate, and at times capricious as a child trying to get what he wanted. He was highly irritated and indifferent to links, advice and efforts. One of the characteristics that everyone remembered about Gage was his determination and lucidity in organizing, scheduling and carrying out everything he set out for, while after the incident, in addition to all the bizarre manifestations of behavior, he showed a total inability to plan an action and then to carry it out effectively.

Clearly the case of Phineas Gage is taken as an example to identify in the frontal lobes a region of our brain that participates in the construction of our way of being, composing other aspects of our reason, the way in which we test feelings and emotions.

The lesion we describe is more or less particular, however it is common for a stroke to involve such structures in part. In fact, a very frequent area of lesion is defined frontal-parietal-temporal, involving the frontal lobe, temporal and parietal. Therefore it is possible to notice in the patient some changes of the own behavior.

If the lesion involves the right hemisphere of the brain, some of the disturbs, we have described in Phineas can be confused with another clinical syndrome called anosognosia, which represents the difficulty of perceiving one’s own disease state.

One aspect that the two clinical manifestations have in common are: the difficulty on the part of the patient to be able to make coherent plans and to carry them out, especially if they are directed at one’s own health and at the cost of sacrifice.

In some cases, in the same patient, the characteristics of the frontal syndromes and of anosognosia may even be present.

Now it is clear why I decided to write this article: because in addition to family balances are also at risk all healing activities, including rehabilitation.
I often happened to attend families who want to learn the exercises that are performed at home with the family member, but the obstacle they face, is not only that of getting time to work on the exercises, but also the lack of participation and collaboration by the patient.

This creates a great tension in the house, because the relatives identify in the constancy and quality of the work, the fundamental ingredients to obtain results, nevertheless, while the patient is improving, does not want to know to do rehabilitation.

In this case we must learn to consider behavioral disorders as direct effects of the injury that our family member has suffered, as we do with the paralysis of the joints, or loss of perceptions, and channel the way of behaving for the purpose of to help him build an example of behavior adapted to the social context in which he finds himself.

The question they ask me often is: Support or impose?

It is necessary to handle the situation with extreme lucidity and firmness of mind, because only those who treat and live every day with a patient with such disturbs, can know how the repetition of the same conflicts or obstinacies, day after day, can be exhausting.

We have said that social behavior is regulated by cognitive functions, as well as movement and language, and as it is learned on the basis of experiences. Just as mobility and aphasia after stroke can improve, so rationality can be improved.

Earlier, when you were reading the story of Phineas Gage, you would have thought that his behavior was like that of a child: in a certain way, when we are children we have to learn all the rules and social bonds, and this happens gradually, thanks to the teaching of our parents, who guide us in the web of rules and social conventions.

It is conceivable a parallelism of this kind in the patient, who after an injury loses the possibility of access to the rules again, and conventions that guide us in a healthy coexistence with “ourselves” and with the environment that surrounds.

The person also loses the ability to create effective plans and programs that are invested in the personal sphere.

We need to be able to intervene in the capacity of our loved one, to be able to learn to plan and learn an action again, to program it and to carry it out, following step by step.

Each one of our actions is moved by different levels, by a biological necessity, by an emotion and a rationality of obtaining a reward or avoiding a privation.

Therefore, the first step is to focus on the need for a certain action on which we want our family member to participate, and then associate it with an emotion, also making use of past experiences; finally, to reason together about possible positive effects upon completion of the action or about the negative effects associated with the absence of such action.

As I write what I think, it is clear that it is aimed at families who are working with their families with neurocognitive rehabilitation at home and have to face “a problem in the problem”: not only the family is affected by a more or less severe paralysis, but also by a condition in the behavior that makes the daily work always more difficult and tense.

When it is time to sit down to start work, the laments begin, showing tiredness, carelessness and showing pain for each movement; making virtually every tentative therapeutic approach impossible.

In this case, to impose therapy leads to further conflicts, but the relative knows that giving in at that time would mean abandoning the hopes of recoveries, and leaving the family member himself in the cognitive prison created by the injury.

Therefore it is necessary to maintain the maximum lucidity and move ourselves rationally to detect the correct strategy. The first thing we need to be aware of is that in the initial phases we may not be able to persuade our family member to participate in rehabilitation, so that we can effectively measure our strategies.

Each family member knows the loved one better than anyone, and although the injury has determined changes in their behavior, knows how to persuade slightly and on what thing to pressure and the desires that through recovery our loved one can feel satisfied.

We have then to guide him and express what are the needs and desires he would like to conquer first, such as re-driving the car, or participating in family farm activity, cooking or anything else.

At this point we must help our family member to join this desire to a deep emotional matrix, carrying it of value, adding also memories or experiences that are meaningful from the emotional point of view.

After having allowed our family member to delineate the wishes to be done in the long term, it is time to also outline the fundamental steps to be able to satisfy it: as for recovery, rehabilitation, quantity and frequency of treatments, until the preferred time of physical therapy.

So it is a construction, even if guided, designed by our patient.

In many cases, although programming occurs more often because of possible memory and learning deficits, I have the patient write directly on a notebook the result of the determined action plan, so as to affect its own residue of principle of coherence.

At that point within the singular exercise, we must execute the same planning, detecting the potential of benefit in a certain short time of any exercise within the broader objective.
Clearly when we face a language disturbance, everything is even more difficult.

Read in this way may seem simple, but we all know that reality from the everyday context is more complex: not every day we will have the ability to have nerves of steel for such a programming and we will have to give in sometimes clear the need to resume as quickly as possible to influence their recovery. 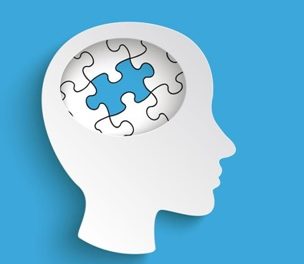