THE MOBILIZATION OF THE HEMIPLEGIC PATIENT 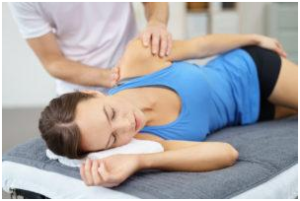 As we have said many times, the inadequate rehabilitation experiences prompt the hemiplegic patient to structure an spasticity condition and at the same time altering the muscles’ tones, making them rigid and adverse to the stretching. The passive mobilization that sometimes is proposed to the hemiplegic patients is aimed to extend the hypertonic muscles thus concluding in a true stretching.

The first reason is that the real problem which brought the hemiparesis to the hemiplegic patient, was the cerebral injury and the relative alteration of the cognitive processes which allow the movement. Therefore, the passive mobilization of the limbs is an action aimed only to the body, excluding the active participation of the patient in terms of attention and perception. I have had to go through situations where a patient who was lying down was moving the superior limb while the therapist chatted with a colleague in front of him whose patient was doing the same thing. In this case, since it was an external intervention, the patients were not asked for anything in particular, but it was a situation which reminded me of an assembly line in Chaplin’s picture “Modern Times”.

The second reason is related to the hypertonia. One of the elemental components of the spasticity is the abnormal reactivity to the stretching, in other words, the reflexed contraction when they are extended. In a hemiplegic patient, this reflex to the stretching, has very low thresholds and due to this, after a period of inadequate rehabilitation, it is common to see patients with their fingers closed, the elbow bent, and the back adhered to the body.  The phenomenon that I have just described  assumes these pathological characteristics after an injury; however, it is a natural reflex of our body which tries to protect our articulations from exaggerated movements by its members. After a stroke, such “abnormal” reflexes are the first to successively appear in the initial paralysis stage, and if evoked and boosted come back to life.

After suffering a CVA, aside from awakening the first circuits (the diaschisis phenomenon),the cerebral control over that reflex also comes altered. In conclusion, paraphrasing the example which sometimes Professor Carlo Perfetti, proposes, the muscle has “two bosses”: the reflex and the brain. The least the brain boss is altered, then the reflex boss handles the muscular situation as it seems able. Additionally, they have common spaces to move the muscles, the synapsis.

Furthermore, it is common for the hemiplegic patient to feel pain during the passive mobilization of its limbs, especially the superior ones. Even though, that  we are traditionally used to think that in some situations, the pain brings a benefit and accepting it because of it, in all reality it is a signal that comes understood and respected.

Generally, in the first phases of the rehabilitation, the patient finds himself in a particular situation, where he is most likely producing the first signs of hypertonia, and he still does not have the possibility of movement except a few in comparison to his back, and he also has sensibility disorders of the spatial type (in other words the ability to perceive himself in the space). Similarly, it is possible that his shoulder blade or scapula (that through its rotation allows the arm to rise to a certain height), is stored in a “web” of hypertonic muscles. The movements of a passive mobilizations do not do anything but produce a movement against a mechanical resistance, determining the risks of micro injuries of the articulations and generating pain that makes the patient to stiffen.

What is the alternative to the passive mobilization for the hemiplegic patient?

We said that the conditions over which, the selection of doing the passive mobilization of the limbs of the hemiplegic patient was:

While the risks of doing the exercises without the conscious participation of the patients are:

The alternative to this practice which respects the proper conditions, and excludes such risks, is doing the exercises prescribed by the neurocognitive rehabilitation, like the ones where the patient achieves the recognition of his body position in the space.

To mention a practical example for the back, I suggest this article that deals with the exercise of the circles according to the Perfetti Method. It is an exercise where the patient even though he is not seeing the movement, has to recognize with his eyes closed, the different circumferences presented on a sheet of paper placed before him, through the movement of his arm moved by the therapist.

The therapist will have the task of moving the patient’s hand over the borders of the circumference that the patient has to recognize, being careful not to overstress the muscular tension of the patient, and making him aware of the movements in order to have him control such phenomenon. This exercise induces an active participation of the cognitive processes of the patient, like the attention, the perception, and the memory, (processes that among others are altered by the cerebral injuries and that should be stimulated and reactivated by the rehabilitation).

Outside it happens by the same movement proposed by the therapist who does the passive mobilizations, but inside the patient’s brain is stimulated and reactivated.

What has been described represents only an example of a modality of a neurocognitive rehabilitation exercise, but the message to get here from this brief article is:

It is fair to bet on the improvement of the handling of the movement and on the reduction of the hypertonia, but this can also be done getting the real problem of the hemiplegic patient involved, that is to say, the cerebral functions that participate in the movement.

This can be achieved if the patient is centered on his body while the exercise is done, (that is the reason for the eyes closed) since the exercise in itself, represents a solution to the problem to be solved through the gathering of information from the body and the atmosphere.