EPILEPTIC CRISIS AFTER A STROKE. WHAT TO DO? 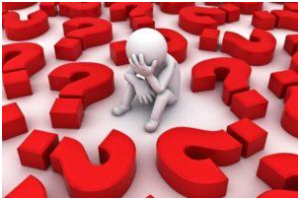 In my aily work with hemiplegic patients who have suffered a cerebral hemorrhage, I very often find the epileptic and convulsions or seizures issue.

Hence, I consider it very important to shed light over some aspects of this topic, since quite often, the patients and their relatives are not prepared for these epileptic attacks and already sensible since the initial event which originated the stroke, to bring back that dramatic moment fearing that it is a new stroke is daunting.

Furthermore, many times, the health personnel from the hospital or clinic do not prepare the relatives to face the possibility that even after months or years of the stroke, they could be faced with an epileptic attack.

However, as we will see throughout the reading, it is not such a disturbing event.

What is an epileptic crisis?

it is a pathological syndrome, that in the case of suffering it after a post stroke, we could consider it, as secondary or symptomatic, since it is closely linked to the previous cerebral injury.

As we know, our neurons “communicate” among themselves through electrical signals and the epilepsy represents a moment when this electrical transmission is literally collapsing.

What is the relation between the epileptic crises and the Neurocognitive

A cerebral stroke, either a cerebral hemorrhage or an ischemia or head trauma, defines an injury in our cerebral tissue; and as well as all organic tissue injuries, turns into a scar. That scar, associated to an irritation of the cerebral tissue, is one of the reasons why the neurons can alter their impulse transmission functionality, thus generating an activation cascade in the scar and its surrounding area.

From my point of view, I do not have enough data, to consolidate my hypothesis, but based on recent years of clinical experience, where I have had the chance to treat many patients who have suffered a stroke, I have confirmed that the feasibility of suffering a convulsion after a stroke, increases when the patient is subdued to a cognitive type rehabilitation, even if the treatment has begun months or years after.

In my opinion, this is a very significant fact, since the advantage of the neurocognitive rehabilitation is that it activates again, the brain areas which have suffered the injury, thus allowing the recovery. Unfortunately, these areas that were inactive even after the initial rehabilitation at the hospital or clinic where the traditional muscular activities were done and where only the body limbs were treated without considering the brain and its functions.

I have been able to confirm, that in some cases, the attack appeared in the first weeks after the neurocognitive treatment had started, and when, most probably for the first time, exercises which activated and stimulated the areas affected by the stroke, and where the scar due to the injury is located.

Since the recovery after a stroke is only possible through the proper reactivation of our brain and the basic cognitive processes for the movement; to have a convulsion after a good rehabilitation, indicates that the brain one way or another, has experienced a reactivation.

Therefore, I do not see the epileptic crisis in itself, as a negative event after a stroke, but I can understand that a relative or a patient who are not well prepared for this, can consider it terrifying. Let us just say, that an epileptic crisis is temporary, and it can last around a minute then goes away by itself.

The days after the epileptic crisis, you will have the feeling that some of the improvements achieved in previous weeks, have disappeared, but as experience tells me, I have confirmed, that if the neurocognitive rehabilitation continues you will quickly be back where you left it.

Hence, the epileptic crisis after a stroke and while in neurocognitive rehabilitation, should be considered just a small accident, thus I just want to clear up the behavior that should be assumed in case our relative goes through this type of event.

How to recognize a crisis in process?

An epileptic crisis reveals itself in many different ways and we can divide them in partials and generalized, based on the intensity of the event and its appearances.

The most frequent case of epilepsy after a cerebral stroke, are characterized by motor convulsions, like uncontrolled muscular movements in limited areas of the body, and altered feelings such as: lights, sounds, tingling, smell associated to a confusing state by the patient.

When the myoclonus, that is to say, the spasmodic movements and rigidity involve all the body, including the trunk and the eyelids, then a loss of consciousness is produced and it can last an average of a minute.

How to behave in case of an epileptic crisis?

This video briefly summarizes what to do and what to avoid. Este video resume

convulsion, it will go away by itself.

In any case, faced with an epileptic crisis, I suggest to call the emergency number, thus if an eventual hospitalization is required everything will have been cleared, maybe an ECG examination (electroencephalogram)will be performed.

After epileptic events, the neurologist normally only prescribes a pharmacologic cure, not always free from secondary effects, in fact, each individual seems to react in a different manner to medications and their dosages.  Here the neurologist’s ability to find the molecule and proper dosage will take place.