Healing after a stroke – reasoning by stages. 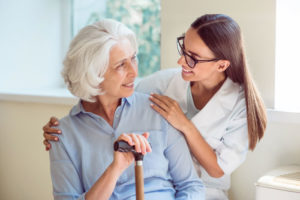 One of the most frequently asked questions to which I am obliged to answer is:

“My relative suffered a stroke. Can he be healed? When?”

“I suffered a stroke… Will I be like I was before?”

The patient: is the one to whom the world that he knew it before has vanished in a fraction of minutes. Anyone who has suffered a stroke has a very clear perception of the change; his objective is to return to his true life, the one he had before the stroke.

The family: is the one who lives the calvary of the stroke from the outside. What the family thinks is in the survival of the loved one and that he achieves live recovery with a greater propensity for the gradual return.

The patient often remains unconscious for several days, while the family in such contingency has the need to know if his loved one will survive and will wake up. Only then they will study the first problems on what he really has lost.

The patient often considers the recovery less important than his relatives, who celebrate even a small improvement. I must say that as a rehabilitation therapist, I approve the enthusiasm for small progress done by patients. This technically corresponds to an element with a positive predictive value, or a data that enables you to build more favorable forecasts. Contrary to this, the patient ignores it and has no awareness of his achievements.

However, the therapist rarely takes into account the recovery perception made by the relatives. Something that on the contrary, it is very important.

Until the patient does not improve and while the relatives keep on supporting, we will always continue forward, without rest. It turns out to be much more difficult when the opposite happens: when the patient works according to small targets but his relatives do not give this the importance that it has. This creates a difficult environment for the patient, since he lives through a double frustration: the difficulty of the recovery and the disappointment that he perceives from his relatives who would wish a much more and in a faster way recovery.

The cooperation depends on the requirements that we make, adapted to the patient.

“A few days after the stroke accident, even with difficulty of controlling his chest due to the fact that he cannot perceive half of his body, I might say that I will also think the same way and also refuse myself, if I was forced to stand up and walk”.

You can get into a most fertile area when both: the patient and his relatives share the recovery issue with small but progressive steps.

It is necessary to think about recovery issues in stages. This is a crucial aspect of the treatment, that has to be planned from the first days of the process of healing, that is to say for a brief recovery (one week) up to the longest (even 2 years or more)

During my therapeutic programming classes at the university, I always put as an example to my students, a learned metaphor of a teacher of mine:

“If someone gives an architect an order to build a house, that person would want to know how it will be constructed. The post stroke patient gives him his life, which is much more important than any house; therefore he must receive from him an objective prognosis of his recovery”.

The prediction must be based on “information” constructed across the observation of the patient, also the alteration of his functions and his residual capacities.

A long-term prognosis will have to be subdivided in short-term intermediate stages, that is to say: “If the prognosis is that the patient will walk in the period of one year of a certain way, that means that in two weeks he will have to be able to sit down on a precisely manner”.

Here you’ll find our newsletter, to which a total of about 20 patients, family members, and professionals subscribe every day in order to receive free additional information about stroke and stroke recovery. The first report will be titled “10 Things You Need to Know About Stroke”