Hero is the term I often use when addressing my patients, because working humbly as they do to recover what ACV has taken away is a titanic and heroic task. Like everyone else, they had moments when they wanted to give into depression, leave everything behind and settle for being alive again. Instead, they worked every day to recover what was already theirs. The walk, which in a few months, at the beginning of his life, had learned spontaneously and naturally, now have been forced to rebuild from scratch with the rules of a different body, which does not seem to respond as he would to the orders given, and sometimes is affected by hypertonia. The grip, from which we do not notice its refinement and complexity until the moment when it is impossible to move a hand. On this page there are some “celebrations” made to patients who have put a lot of effort into family neurocognitive rehabilitation, and here they show some of their successes, which may sometimes seem small, but given the hard work they have done, every little new conquered movement is a time to celebrate and celebrate. 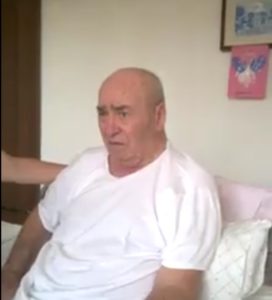 Carlo, From the bed, to the hope of walking