GETTING HEALTHY AFTER A STROKE LET US REASON BY STAGES. 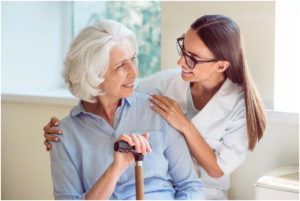 One of the most frequent questions which I am obliged to answers is:

“My relative suffered a cerebrovascular accident, can he recuperate? when? “

“I suffered a CVA, when will I be like I was before? “

The patient: who in a split second sees the world he has known before fade away, who has suffered a cerebrovascular accident has a clear perception of the change and his main immediate objective is to go back to his real life, the one he had before the CVA.

The relative: who lives the calvary of the stroke from the outside. He thinks on the survival of his loved one and usually achieves living the recovery with a greater propensity to the gradualness.

Very often, the patient remains unconscious for several days, while the family living this contingency, is urged to know that his loved one will survive and will wake up. Only after that, is that they will face the first problems of what has been lost.

Very often, the patient considers the achieved recovery less important than his relatives do, who on the other hand, with a slight recovery get very happy. As a rehabilitator I approve the enthusiasm for small progresses achieved. Technically, this corresponds to a positive predictive element; or rather data which allows to build a more favorable prognosis contrary to what the patient thinks who ignores them and is not conscious of his achievements.

Nevertheless, this favorable data analysis by the therapist, rarely takes the recovery perception by the relatives something that on the contrary, is very important.

Until the patient has not gotten better, and while the relatives exhort it, you should proceed onwards without resting, while it is rather much more difficult when the opposite happens, that the patient works based on small objectives, but the relatives do not give the importance they deserve.

This attitude creates an annoying atmosphere for the patient, because he experiences a double frustration; the difficulty of the recovery and the disillusion that he perceives from his relatives, who would want a more and a faster recovery.

The cooperation depends on the requirements that we ask the patient to do.

“Few days after the cerebrovascular accident, with the difficulty to control the trunk and feel only half of my body, I would also refuse if somebody obliged me to stand up and walk”.

The best environment is when the patient and the relatives share the recovery on small and progressive steps.

The reasoning of the recovery by stages is a crucial aspect of the treatment, which should be planned from the very first days of the healing processes; from the briefest (only one week) to a lengthier one (even two years or more).

During the therapeutic programming classes I give my university students an example of a metaphor learned from a great teacher of mine:

“If you ask an architect to build you a house, you would want to know how it will be built. The post stroke patient, commends his own life to you, much more important than a house, hence you should give him an objective prognosis of his recovery”.

The prognosis should be based on “data” gathered through the patient´s observation, his altered functions, and the residual abilities of the patient.

The long range prognosis should be subdivided in short term intermediate stages, that is to say:  “If the prognosis is that the patient in a year’s time, will be walking in a certain manner, then it means that in two weeks´ time he will have to be able to sit in a precise manner”.

The reasoning allows us to identify the most adequate exercises in order to reach the first stage and then readapting them for the next one. If the therapist knows how to instill this rigour on his patient and on his “colleagues” relatives, the team will have and use an additional weapon in order to achieve the recovery of their loved one / patient.