Walking well or bad after a stroke 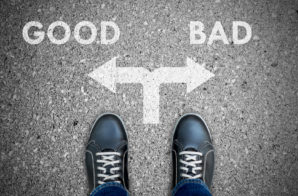 “Why do I sometimes do a good walking and some other time it is wrong?”

This is a question that frequently comes up from patients suffering from hemiplegia, which means a lot of instability in the quality of the gear. Sometimes the walking looks good, hypertonus effect seems to be under control, and the sensation of walking is quite close to what it was before the stroke, while other times, even from a distance of a fraction of one minute, it seems that everything goes wrong. This is because the leg becomes rigid and goes everywhere you can think. As a result, there is tiredness and sometimes loss of balance.
We are going to analyze what would it be the factors that define a good walking from a pathological. In my humble opinion we can say that the difference between the two walkings is classified under a single category: the attention from which it can derive into different phases:

As we know, walking is a spontaneous action among the most automatic ones but it is also true that its recovery after a stroke literally put us on the ground making it very hard to retake the walking movement. Most of the patients reported the experiences of having to learn to walk again like children, but with much more difficulty.

The walking, therefore, became an activity that is not spontaneous anymore, but which has been driven and regulated by our attention. As we know, the attention, since our first steps, is based on follow the advice of the physiotherapist when giving us directions like: “Bend the knee… flex this one, raise this”.

At the beginning these suggestions seemed fundamental, in fact, many patients had told me they would like to have my instructions recorded so they can feel as being accompanied when they are alone.

I will always remember a hemiplegic patient that I had years ago, who always walked with me, step by step. During his walking session, I gave an advice on how he should be careful when walking. This patient walked very well; but one day after the ended session, I followed him without he knowing, and I could see he was walking badly. He was raising the hip and was getting support from the side of his foot. I realized then that he had become too dependable following my instructions and I also realized then that his “quick walking to the gym” was not “his strong point”.

I have to say that this often happens when the patient is not capable to reeducate himself and he only considers certain important attention points to make the correct act In order to acquire essential skills to walk properly, you should know where to direct the attention. This is by knowing how to move quickly from one point to another and by focusing on different points at the same time. These are processes that require a bit of effort and a lot of practice because with just a distraction you can lose the “thread of the walk” and change the quality of it.

This problem is very linked to the topic below.

The globality of walking.

As we have said at the beginning of this article, walking is highly automated and as such, it needs a practical process to be developed, you have to think about the path by parts (once the ankle, another the knee and then the hip) which certainly does not help to carry out this type of “fluent” activity.
I would like to tell you about my experience with one of my patients, where I saw a significant improvement in his way of walking and this was from one moment to another. I was astonished when I asked him what had happened and he told me: “I stopped thinking about my body into pieces and I thought that I could walk better if it had reproduced the idea when I walked feeling elegant”. Something similar told me another patient when he thought of walking as a “released” action like Alberto Sordi on his movies.

These two expressions “loose and elegant” come from the idea that a relationship they have with individual items where the patient had to think himself and which it made possible an easier management of care with a better objectively quality in the way of walking.
Another good example happened with the feature actor “La coscienza di Zeno” by Italo Svevo, who in spite of not having any walking problem, he began to think about the various muscles that were activated during the steps he took (this example has a particularity that matters to me because it has always been mentioned by Professor Perfetti).
This means that sometimes it is easier to access these “global” sensations concerning many other times in which the step seems disjointed and difficult to retrieve.

The other side of the coin reveals emotion on the way we walk and how we feel we have been observed. A good example is when we pass in front of an old schoolmate that we will not want him to see us in any difficulty. Though it is the one that invariably leads us to lose the sense of the way we walk when suddenly we start to walk worse and lose our walk quality.

This is known as a phenomenon that distracts us and sometimes could arise if, for example, we are walking and we get distrated looking at store showcases without realizing our ability for a spontaneous step.

As we may know, after a stroke, the sight becomes an organ that replaces many of our perceptual and organizational capacities: Therefore, our walking may vary greatly depending on whether It is performes in an open space, where visual references are vague and distant in comparison to a more limited environment in which walls, hallways and furniture offer “visual points”.

It is clear that the presence or absence of support, even for the upper articulation, can determine a substantial difference in the quality of our walking. Sometimes all that we need is to have a single supportive hand to give us great confidence and make us walk better.

Hypertonus
All I have said can however be against objective realities of pathological disorder as the hypertonus or better known as abnormal strech reactivity, whose control and management requires a considerable cognitive commitment.

Hypertonus is also related to the probable sensitivity disorders related to hemiplegia.

This phenomenon is also considered a consequence of fatigue, the loss of quality of the way we walk and the alteration of attention and emotion, as well as cold  during winter periods, all suffered by the hemiplegic patient, who assumes all considerable difficulties in the walking management. Maybe it can be depicted in real life like when a dog bites its tail. Not even the presence or absence of the shoes determines many differences in the quality of the steps.